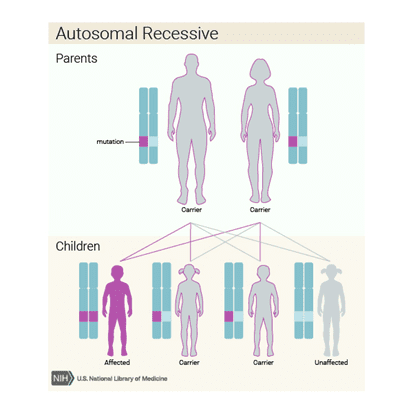 Reproductive carrier screening is a form of genetic testing typically performed on asymptomatic individuals to determine if that person has a mutation associated with a genetic disorder that could be passed on to their offspring. Most, though not all, conditions tested are for autosomal recessive, X-linked, or common conditions seen in certain ethnic groups. Reproductive carrier screening for a wide variety of genetic conditions (“pan-ethnic”) is also called expanded carrier screening (ECS). As the scope of conditions that can be tested broadens, it becomes essential that genetic counselors (GCs) and professionals trained in reproductive genetics are available to assist patients in making the most informed decisions for themselves and their families.

Below, we outline the current landscape of reproductive carrier screening tests, as well as the benefits, limitations, and testing complexities.

There are currently three major categories of reproductive testing:

ACOG recommends that carrier screening for Cystic Fibrosis (CF) and Spinal Muscular Atrophy (SMA) should be discussed with all pregnant women regardless of ethnicity1a.

In many ways, ECS is more informative than smaller screening panels/tests; one can obtain more genetic information, and therefore have a broader understanding of potential risks. This can be particularly important as it is difficult and problematic to assign people to a specific ethnic group.  Recent studies have confirmed that expanded carrier screening detects approximately twice the number of carriers as ethnicity-based screening3— maximizing the opportunity for individuals to make reproductive decisions. Larger panels of rare conditions may also benefit those from consanguineous relationships as they’re more likely carriers for the same or even multiple conditions than couples who are from non-consanguineous unions. 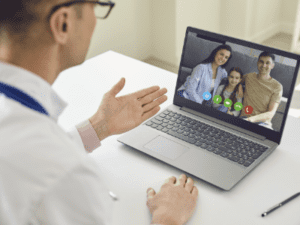 In the absence of family history, it can be especially difficult to predict which rare condition any couple is most at risk for. Lastly, although many conditions are rare individually, about 35% of individuals who have pursued ECS were shown to be a carrier for at least one condition. This finding suggests that being a carrier for a rare condition is common. Therefore, screening only for common conditions will fail to identify most carriers in the general population5. The use of a pan-ethnic panel can benefit minority populations and those who have not been as well-studied as others, thereby increasing the number of people who benefit from carrier screening and potentially addressing a health disparity.

Researchers have estimated that only one in 175 pregnancies will be affected with a recessive condition6. Although ECSs look at a large number of genes, the conditions associated with each gene are individually rare.

First, it is unlikely that both reproductive partners will be carriers for the same condition, but the necessity of follow-up testing can increase anxiety during pregnancy4. Second, there is often limited information about the natural history of a rare disease, and there is limited information about the spectrum of mutations. Rare conditions often have variable presentations, severity, and ages of onset, meaning that one mutation in a gene known to cause a condition does not always confer the same outcome as for someone else with a different mutation in the same gene. Finally, calculating the residual risk of a reproductive partner as a carrier for the same rare condition is challenging, not to mention that identifying a mutation(s) does not always translate into the ability to predict prognosis in one’s offspring.

In summary, there are benefits and limitations to broad ECS panels. While the information obtained through an ECS or a smaller panel can be informative and lead to more informed decision-making, it is most valuable when performed in tandem with education and the support of a genetics specialist. The complexities surrounding the decision to pursue carrier screening, when to have the test done, which test to select, and how to interpret the results highlight the importance of having a healthcare provider trained in genetics. Genetic counselors (GCs) are those professionals. A GC appointment provides the subject matter expert, time, and support to discuss all options so that each patient can make the most informed decisions for themselves and their families.

InformedDNA leverages the expertise of the largest, most experienced, full-time staff of lab-independent, board-certified genetics specialists in the U.S. to help ensure that health plans, health systems, hospitals, pharmaceutical companies, clinicians, and patients all have access to the highest quality genetics services.

Have questions about our services or want to chat? Just submit the short form below and we’ll get in touch quickly. Or, send an email to healthsystems@informeddna.com or give us a call at 844-846-3763.