In this era of precision medicine, health plans are facing increasingly complex questions of which drugs/biologics and/or genetic tests to cover for their members. The FDA framework for approval of drugs and companion diagnostics has a lot to do with this growing challenge.

The monitoring and regulation of medicines in the United States started in 1906 with the passage of the Pure Food and Drug Act, which established the Bureau of Chemistry.  This early legislation tasked the bureau with evaluating drugs for their strength, quality, and purity as well as disclosures regarding specific addictive ingredients, such as opiates. The legislation also prohibited false labeling. This was the origin of what would become the modern Food and Drug Administration (FDA). Since that time, tragedies have played an important role in shaping the power and decision making authority of the FDA. The death of more than 100 people from a new liquid version of sulfanilamide led to the Food, Drug, and Cosmetic Act of 1938 which gave the FDA additional authority to monitor drug safety. 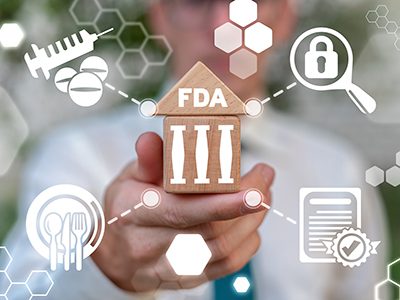 In 1962, the tragic story of thalidomide-induced birth defects led to the Kefauver Harris Amendments which further expanded the authority of the FDA by requiring pre-market approval with additional metrics of efficacy and, importantly, that the benefits of the therapeutic outweigh known harms prior to clinical use. While these steps were necessary and helpful, they represent a reactionary, not an anticipatory, evolution of the FDA. There has never been a prospective look to develop an ideal program that might also include metrics such as comparative analysis with existing treatments and cost. Thus, while over time the scope of power at the FDA has expanded, there are still important gaps and important data which the FDA remains unable to consider in their review process.

The next major shift in the history of the FDA occurred in the 1980s, amidst the AIDS epidemic. In the face of this new and poorly understood epidemic with no good treatment options, there was immense pressure on the FDA from multiple stakeholders to get drugs with potential benefit to market more quickly. This ultimately led to a union between the FDA and the pharmaceutical industry in 1992 known as the Prescription Drug User Fee Act (PDUFA).

Unlike previously described milestones, the PDUFA did not fundamentally change the scope of power at the FDA, but allowed the FDA to collect fees from drug manufacturers in exchange for more rapid and timely review of new drug applications. It also added new pathways for FDA approval based on lesser data/evidence than historical standards. Most notably, the accelerated approval pathway allowed surrogate markers to substitute for primary data when the surrogate can reasonably be assumed to demonstrate clinical benefit. However, in many cases, surrogates used for drug approval are not clearly demonstrated to predict clinical benefit.

The Fast Track designation was developed, allowing for approval based on a single Phase II trial with human, animal, or laboratory data showing promise of efficacy. With this designation, breakthrough drug designation was developed to anticipate technological advances, including the benefits of precision medicine. Both the evidentiary standard for approval and the time to approval are lowered with this program. This newest era marks a major shift in FDA action and thinking toward the speed of approval and getting hopeful drugs to market more quickly. It also represents increased industry involvement and influence at the FDA.

From the 1980s to today, multiple pathways to approval have been established which decrease the review time, the evidentiary standard, or both for new drug reviews. From 2017-2019, 46, 59, and 48 new drugs and biologics received FDA approval, respectively. This is almost double the historical average. 2020 was set to meet or exceed this trend with 53 approvals as of 12/23/2020.

While rates of approval are increasing, evidentiary support for these approvals is decreasing with the use of alternate pathways to approval. In 2019, the FDA’s Center for Drug Evaluation and Research (CDER) reported that 21 of 48 (44%) new drug approvals were for rare or “orphan” disease; 17 of 48 (35%) were approved with Fast Track; 13 of 48 (27%) with Breakthrough Therapy; and, 9 of 48 (19%) with the Accelerated Approval pathways. Indeed, only a small proportion of drugs received FDA approval without the benefit of a special program. A significant proportion of the associated diseases are those with a genetic etiology or which represent a molecularly defined subpopulation of a more common disease (e.g., cancer).

Similarly, studies have shown that the use of special pathways to approval increased while approvals that rely on at least two pivotal trials (the historic standard) decreased from 1995-2017. Reporting from the Wall Street Journal notes that 73% of drugs were approved using the Fast Track pathway (which allows approval from a single Phase II trial) in 2018, compared to only 38% for the ten years prior. Thus, a pathway that was developed for occasional use has now become “routine.” The use of the Breakthrough Drug pathway was anticipated to be low, but the actual use of this program is far greater than expected. In the oncology space in particular, the majority of drugs that received FDA approval from 2014-2019 were approved based on lesser evidence, including single-arm trials, suboptimal control populations, and lack of demonstration of survival benefit.

This decrease in required evidence is not reflected in the prices of new therapeutics. While the evidentiary standard leading to FDA approval has been lowered, the cost of drugs is skyrocketing. Society (patients, hospitals, insurers) is paying unprecedented and unsustainable costs for “…drugs for which we do not know the real benefits and risks.” Until there is an attempt to regulate and negotiate drug pricing in the U.S. in coordination with changes to the utilization of special pathways, this trend will continue.

Since the advent of the Orphan Drug Act in 1983, there has been increased interest in the development of drugs and biologics intended to treat genetic diseases. By definition, Orphan Drug designation can be applied to a condition that affects fewer than 200,000 individuals in the U.S. While individually rare diseases are by definition rare, when considered collectively, they impact 25-30 million Americans. Genetic conditions account for a majority of conditions that are granted Orphan Drug designation.

Genetic testing is often required to help make a diagnosis of a genetic condition or to identify molecular subpopulations in common diseases. Thus, the pathway to approval of many therapeutics relies on the use of genetic testing to first identify the appropriate patient. FDA approval of companion diagnostics to help guide therapeutic prescribing increasingly designates a genetic test. As genetic tests become more advanced they also may become more expensive, and the need to test a population to identify those who will benefit from treatment adds to overall cost. While this cost may be easily justified for drugs and therapeutics with clear and proven benefit, it is harder to justify when evidence is lacking or insufficient. And, as genetic testing is used in an increasingly broad fashion that is not targeted to the marker of interest, the concern of harm and waste associated with off-target genetic testing also deserves consideration.

Similar to changes in the drug approval process leading to faster approvals based on lesser evidence, similar trends are occurring in the FDA approval process for Medical Devices – which, importantly, includes laboratory testing. The 1976 Medical Device Amendments was the first legislation that provided a framework for the regulation of medical devices based on similar standards to drug approvals, namely that there is a reasonable assurance of safety and effectiveness and that the benefits outweigh the risks.

The Breakthrough Device Program was established in 2016 as a product of the 21st Century Cures Act. The intent of this program is to “… apply efficient and flexible approaches to expedite the development and prioritize the review of certain medical devices that provide for more effective treatment or diagnosis of life-threatening or irreversibly debilitating diseases or conditions.” Similar to alternate drug approval pathways, this legislation allows for increased flexibility in consideration of clinical trial designs to expedite approvals. However, unlike drugs and therapeutics, it is a voluntary program for devices that are thought to represent breakthroughs in technology for which no other FDA approved or cleared alternatives exist.

Currently, it is up to individual companies to disclose whether or not their device was granted a Breakthrough Device designation. In addition, the FDA considers historical and non-public data to be proprietary, so there is a lack of transparency in regards to the use of this designation or how the data is used in the approval process. Currently, approximately 10% of devices granted Breakthrough Device designation are in the category of Molecular Genetics/Pathology. But, the program is growing, with year-over-year growth at 200%. General reliance on lesser evidence, such as surrogate endpoints, translates into greater uncertainty regarding safety and efficacy until post-market data is reviewed.

One of the benefits for a manufacturer to pursue Breakthrough Device designation is reimbursement. The New Technology Add-On Payments (NTAP) program provides supplemental reimbursements to standard Medicare rates when there is evidence that the device provides substantial improvements. Recently, Center for Medicare and Medicaid Services (CMS) rule changes allow NTAP payments without evidence of substantial improvements for devices given Breakthrough Device designation. Thus, while the use of this program is voluntary, the financial incentives could spur increased utilization.

Requests for this designation from device manufacturers is growing. Currently, 70% of applicants who request the designation receive it. But caution in this space is prudent. The lower evidentiary standard for pre-market approval for tests granted Breakthrough Device designation means that many are not expected to be confirmed in the post-market analysis. Since the program is new, it is currently unknown how many breakthrough devices that receive full FDA approval will be found to be unsafe or ineffective in post-market studies. It is also unclear how the FDA will manage devices found to be ineffective in the post-market analysis. Furthermore, based on the experience in the drugs and biologics space, there is no guarantee that post-market studies will be done in a timely manner, if at all. Thus devices with unproven utility may be promoted indefinitely. 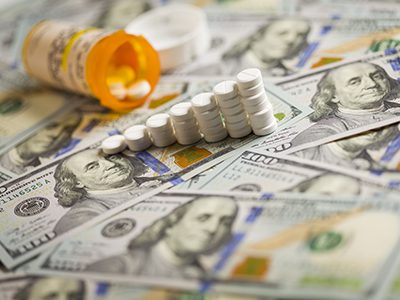 Overall, the goals of the drugs, biologics, and medical device programs at the FDA are laudable. No one would argue against the benefit of getting care that improves patients’ lives into clinics and hospitals as quickly as possible. But details matter. Recent trends within the FDA put more emphasis on the speed and number of approvals rather than quality. This coupled with runaway costs in healthcare should give us all pause. Are we getting quality care as a result of these shifts in FDA action? Do these interventions reliably improve the quality of life for patients? What are the financial ramifications of these new trends? In 2020, more than 6,500 articles in the National Library of Medicine’s PubMed were associated with the term  “financial toxicity.” This represents more than triple the publications from 2019 and an exponential explosion of the term. While not highly scientific, it is a clear demonstration that the cost of care is a growing concern.

In this era of precision medicine, health plans are facing increasingly complex questions of what drugs/biologics and/or genetic tests to cover for their members. Having in-depth knowledge of the FDA, genetic diseases, and genetic testing technologies is critical to help guide decision making in these areas.

At InformedDNA, we leverage the expertise of the most experienced full-time staff of lab-independent, board-certified genetics specialists in the U.S. to help ensure that patients, health plans, health systems and hospitals, pharmaceutical companies, and healthcare providers have access to the highest quality genetics services.

Questions about our Genetic Benefits Management™ services for health plans? Just submit the short form below or email us at healthplans@informeddna.com and we’ll get back to you right away; or, give us a call at 844-846-3763.